The Man, Music and Ministry! 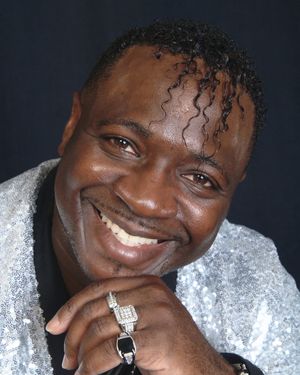 Raised in the church from birth, D.L. Gilbert developed a personal relationship with Christ very early in his life. Dr. Gilbert received the gift of the Holy Spirit by age 14, became an ordained Minister by age 19, and Pastor by age 28, with his Ph.D. in Theology at age 37.

Affectionately dubbed as the MusicPreacher, D.L. Gilbert was recognized as a musical prodigy at a very young age, and has since gone on to collaborate with, produce, and share the stage with countless fellow Independent Gospel Artists, as well as some of the biggest names in Gospel music, and has been graced to minister in music and the spoken Word throughout certain parts of the United States, including: Florida, Georgia, Michigan, Nevada, New York, and more.

A nationally published Author, some of the more notable works of Dr. D.L. Gilbert include: Get Up! It's Time To Dream, as well as the curriculum Before You Ordain: Train​, along with What the Word of God Says About the Office of...  Dr. D.L. Gilbert's books are available through physical retail or online through Amazon, Barnes & Noble, Books-A-Million, and DLGilbert.org.

A Seminary Scholar, the Rev. Dr. D.L. Gilbert is the Founder, Presiding Bishop, and Pastor of The New Revelation Global Church, a church "where every service yields a new revelation,"​ headquartered in beautiful Central Florida. You can watch Dr. D.L. Gilbert and The New Revelation Global Church LIVE, every Sunday at 1:30pm Eastern Standard Time via Facebook, YouTube, Twitter, Twitch, and DLGilbert.org.  Archived messages of Dr. D.L. Gilbert can be found via Instagram, Facebook, YouTube, Twitter, and Twitch, as well as prophetic audio teachings via the Sermon page of DLGilbert.org.

On June 1, 2021, Dr. D.L. Gilbert released Destiny, the 12-track, full-length album which has married an eclectic fusion of Contemporary, Traditional, R&B, Rock, Soul, Praise & Worship and Spoken Word into one dynamic Gospel mix. With its inspiring message of destiny reverberating throughout each track, Destiny is more than just entertaining. Dr. D.L. Gilbert's Destiny project is energizing, engaging, and encouraging, all while evangelically challenging its listeners to embrace their purpose, as they dance and bob their heads to the stylistic musical arrangements of the MusicPreacher himself.

This Do Love Gospel Records release introduces itself with an immersive homiletic poetic recital titled, Destiny Awaits, paving the way for Destiny's freshman single, I Have Destiny, which has proven the ability to become a fan favorite of not only Gospel, but Funk and Soul audiences as well, with its acapella intro, then launching into an exciting, uptempo groove that's reminiscent of 1980's funk, complete with analog synths and blistering guitar. The band gives a truly electrifying performance, and Gilbert's own exceptionally spirited vocals are further strengthened by an exciting call and response with the choir.  The track, furthermore, features a great spoken word breakdown that places the listener squarely in front of the pulpit.

Each unique track is designed to identify with a specific audience, while all maintaining one central theme: the inspiring message of hope, purpose, and of course, DESTINY!  Written and produced by Dr. D.L. Gilbert, Destiny has been resonating with audiences nationwide since its release, through direct downloads via DLGilbert.org, national BDS radio station airplay, as well as Spotify, Pandora, iHeart Radio, YouTube Music, Apple iTunes, and Amazon Music streams worldwide.

I Have Destiny (Abridged Lyric Video)