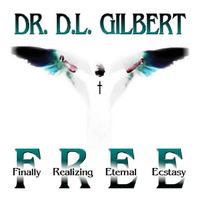 From the recording F.R.E.E.

I felt like I really had messed up
Torn up inside, but on the outside, dressed up
Trying to put behind those things in my mind
But I know that it's time I 'fessed up
Taking account of the things that I've done
Enjoyed what I've done, but fulfilled by none
And yes, of course, it wasn't by force
I made the choice. I was the one
They told me that prayer changes th'angs
But tell me what do I do when things stay the same
Matter-a-fact, it looks like they're worse
Though I put You first. It seemed like I was cursed
I was tired of the game
If You're gonna help me, help me NOW!
Drag me out, someway, somehow
That's how I felt. On my knees, I knelt
Praying for help. I'll change. I vow
But silence filled the air
To the point it seemed You weren't even there
And if I'd complained, it would still be the same
Heartache and pain
But it doesn't mean that You're unfair
It was me. Yeah, I know it was me
Blind to it then, but now I see
And though it was painful
And somewhat strainful
Yet, I'm thankful that You let it be
Beginning to end, I needed it all
Even when it felt like I was gonna fall
And I'm not mad. Matter-a-fact, I'm glad
'Cause there was good in the bad
Through it all
Now, as I testify, I make a decree
Touch and agree, and say it with me
I won't bend to the devil ever again
Staying free from sin, 'cause He made me free